If you have a kiddo, and your kiddo loves trains as much as mine, you need to run out and get (or hop on amazon.com) and buy this book:  I Love Trains!  My two year old almost has it memorized (that’s how often we read it)!

As much as I tried not to have children who only really like gender specific toys, I have a little girl who loves princesses and beautiful jewelry and a boy who loves all balls and trains.   Don’t get me wrong, when they play together, Tyler gets to dress up as a princess and wear bows and Sabrina will play trucks and trains with her brother … but for the most part, they like what they like and I had absolutely zero influence over it.

This week Sabrina is at Camp Grandma.  We dropped her off on Sunday evening and get her back on Thursday!  And so far, it sounds like she is having so much fun!  Our phone call yesterday consisted of Sabrina telling me that she got to make rice crispy treats, have jelly beans AND eat oreos!  Ahhhh — gotta love time with grandma!

And with Sabrina away, it means Tyler and I get all one-on-one time and I have to say, it’s been awesome!   I just do whatever he wants — which is mostly catching balls, wrestling and making new train tracks.   His vocabulary grows each and everyday and his facial expressions … oh, how I love them. 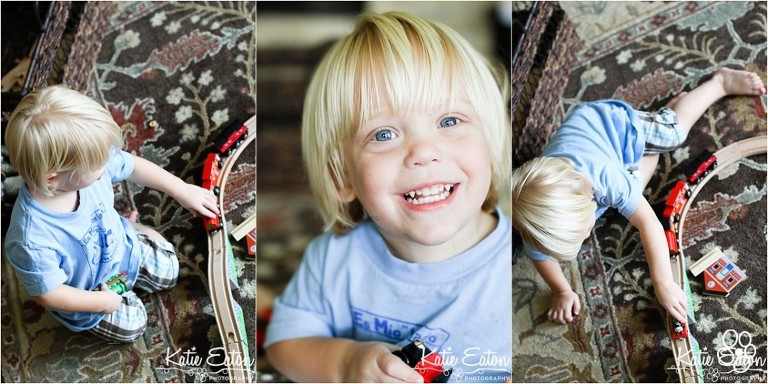 and then he took a nap … and we started a new track!  Like his hat?  He only wears it backwards.  And his choo-choo face?  Swoon.  I love all the sounds he makes when he has his trains on the track! 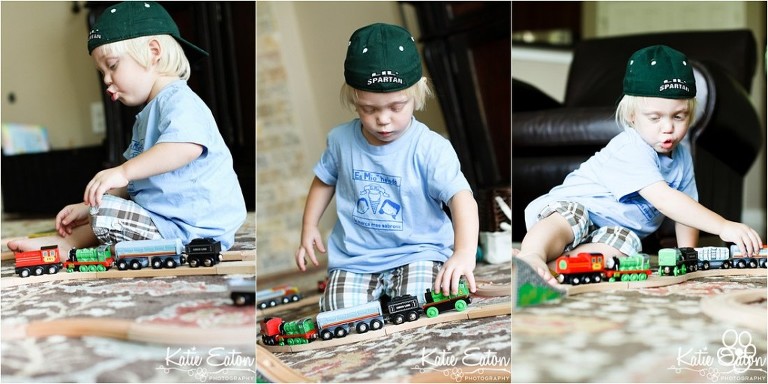 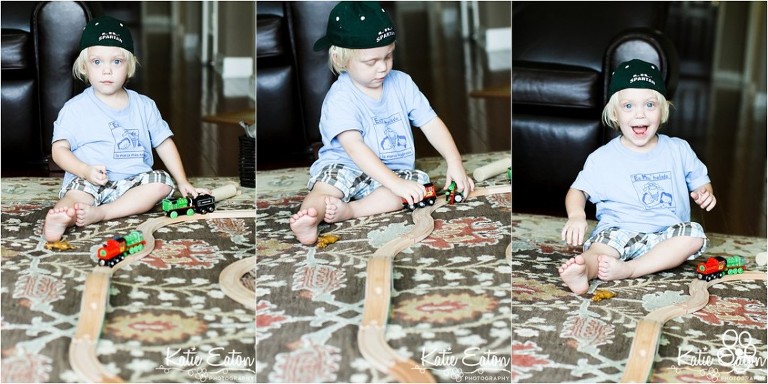