It probably doesn’t surprise you that we have Christmas morning traditions as well … up before the sun to check out what’s in our stockings, breakfast pancakes (shaped like reindeer’s, of course), orange julius and then more present opening.

Tyler kept saying, “more presents, mama.” And he gladly helped his daddy and me open our presents as well. It was fine by me — he got just as much joy opening my presents as he did his own. He would say, “mama … wook!! another box in here!” And Sabrina was so very anxious to open presents … she could hardly stand to wait! We try to get everyone to open one present at a time and make the process go as slow as possible. But, that proves to be difficult with young kiddos. As you can see from the pictures, it was chaos!

We’ve been doing the same tradition now for gifts for several years … we each get four presents. Something we need, something we want, something to wear and something to read. And even that seems like too much sometimes … especially since the house feels so very chaotic even days later!  Sabrina really wanted to get a television in her room, a camera, her own iPhone and lots of make-up (at least that’s what she told Santa) … but even though I feared she would be disappointed, she loved all the presents Santa and her family brought! And no, she didn’t get her own iPhone or a television.  And while she did get a new camera, she didn’t get my old 7D like she’d hoped.  And for her make-up she got some fancy new chap-sticks!  🙂   And Tyler, well, all he wanted was anything to do with sports or trains or anything that moved.

Even though it was pitch black when we opened our stockings, I still took photographs … the joy on their faces was simply something I wouldn’t miss. My ISO you wonder? 3200. Oh, you have no idea what that means? Who cares … just enjoy the snapshots from our morning! And, because I didn’t want to narrow down the pictures I took, I am simply showing them all! After all, the grandparents want to see! 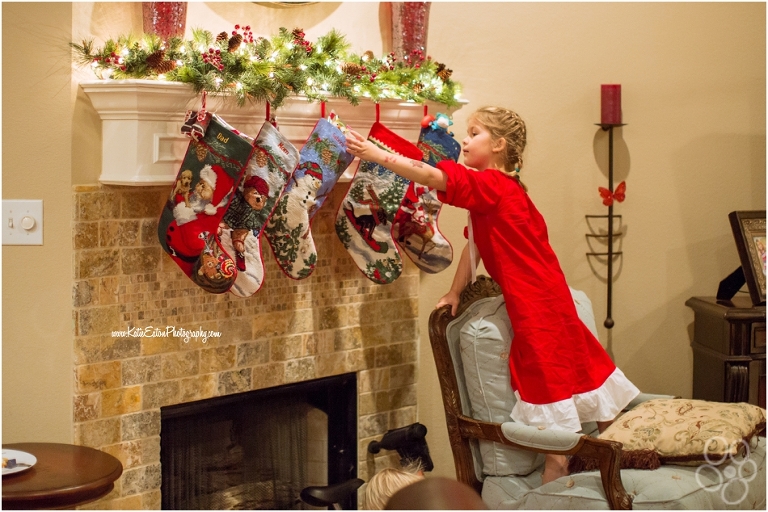 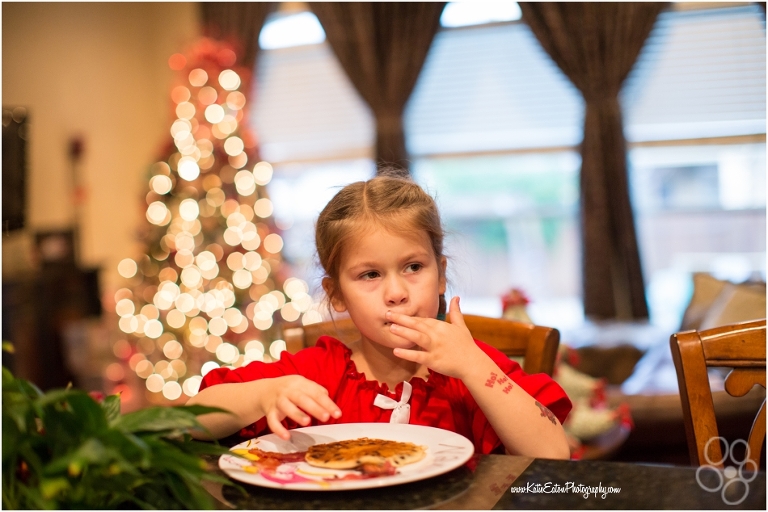 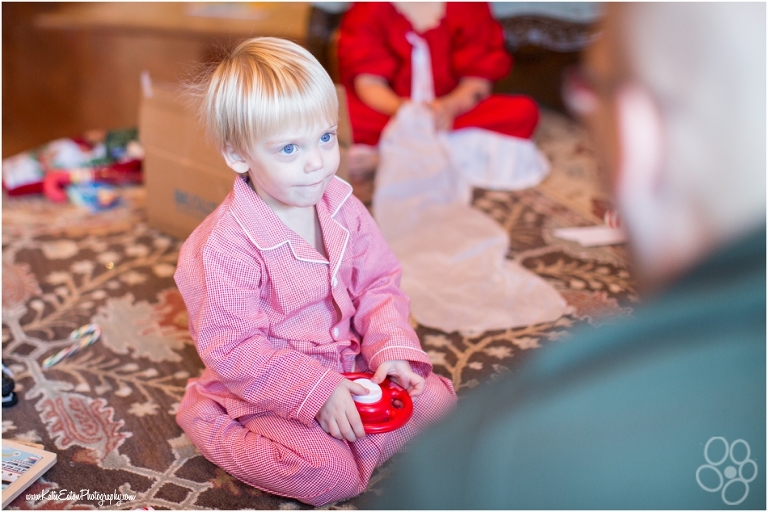 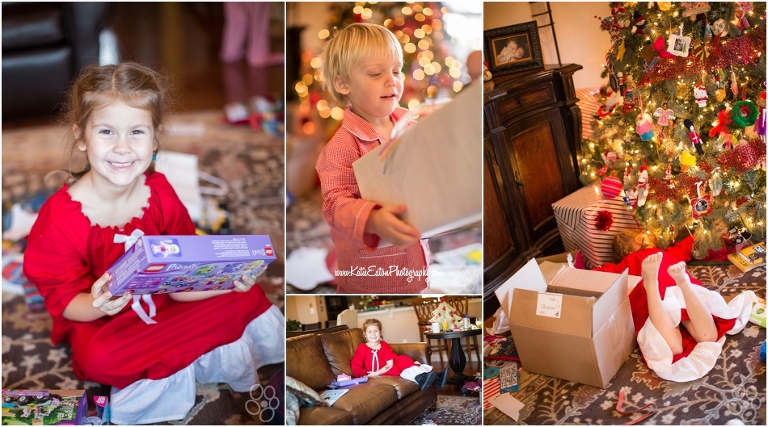 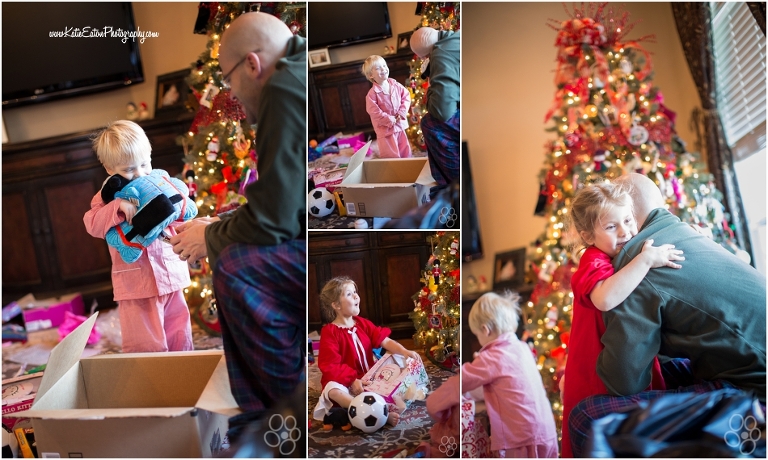 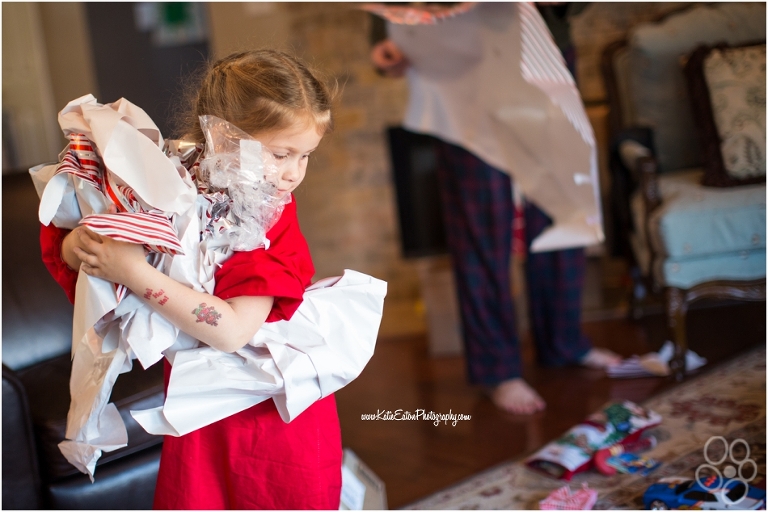