Okay.  I admit it.  I was a bit worried when Sabrina woke up this morning and decided she wanted to cut her hair short.

“How short?” I said.  And she pointed to my hair and said, “short, mama!  I decided I don’t want it to be like Rapunzel anymore.”

When she showed me how short she wanted it, I realized it was more than enough to donate to Locks of Love (my sister has donated twice).    So, I pulled her into my office and read to her all about Locks of Love.  She saw children who were originally bald and then had a miraculous wig made of real hair donated by people just like her and her response was, “okay mama, let’s do it!”

And off we went … 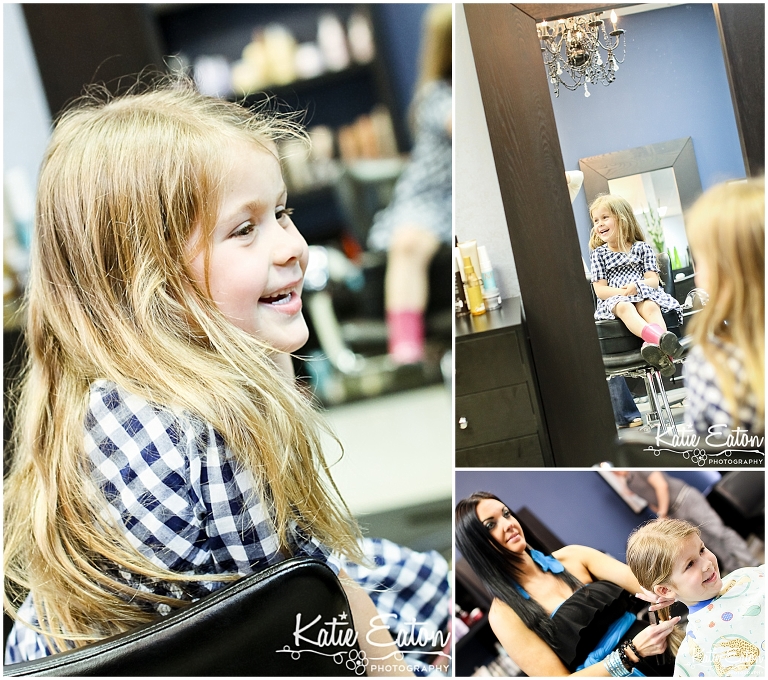 … and off came 10 inches from her hair.   I got a little teary eyed … for one, it just shows me how independent and strong she is becoming.  And I was also so very proud of her for making such a big decision to donate her hair.

Sabrina giggled the entire time! At one point, she looked at herself in the mirror and said, “well, hello there hot stuff!”