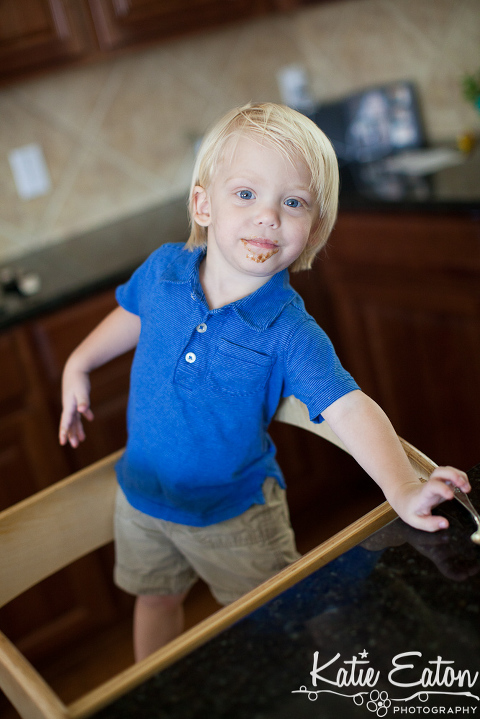 It’s official. Tyler is really a big boy now. Sure, he turned two back in April so *technically* he’s been a big boy for quite some time. But, he’s speaking in full sentences now and there’s something about that milestone that just seems so grown up to me. It happened a couple’a weeks ago but as you can see, I’m a little behind on personal pictures.

He starts most of his sentences with ‘I want’ or ‘I need’ … and he does still speak in code. “Mama, I want go-go (clearly that means yogurt).” Or, he just points and says, “Mama, I want dat … pweese.” My absolute favorite saying of the month is, “Mama … did you hear dat?!” I think it’s the inflection of his voice that just makes me giggle … and now the entire family is going around saying it! I must remember to get a video before it’s too late!

The other reason he’s really a big bow now is that he is kind of potty-training. I’ll leave the details up to personal conversations but it’s going really well and he is very proud of himself. My favorite thing that he says while peeing is, “look mama … that’s where the pee-pee goes.” Yes. Yes indeed it does. And is it normal to flush ten times each time? Not really — but he seems to like it.